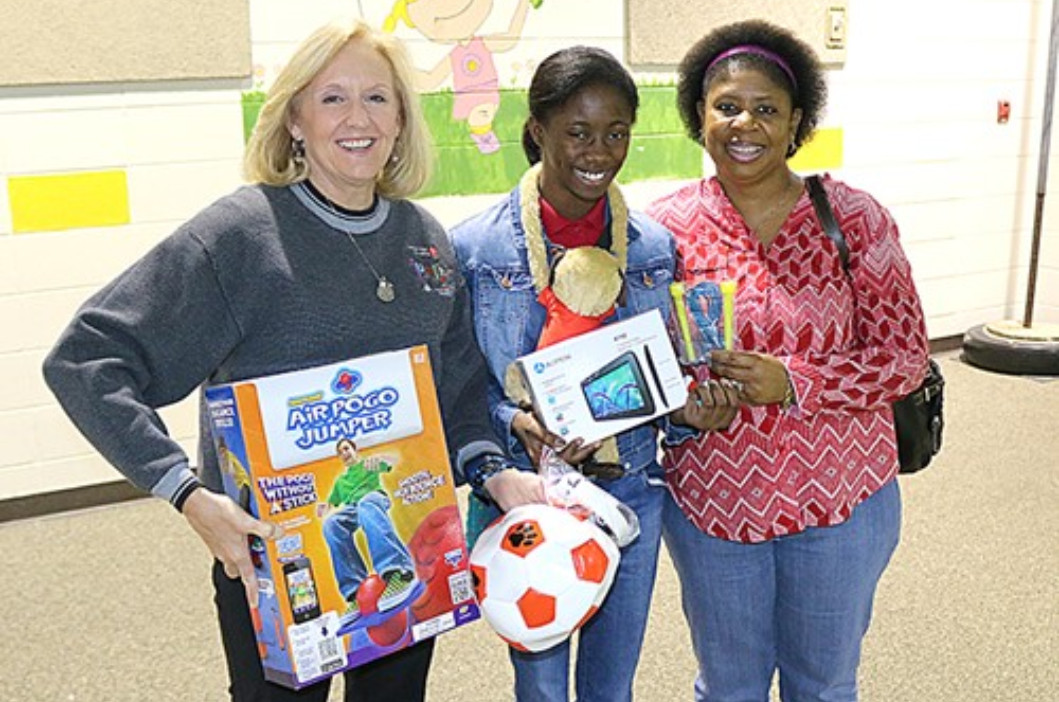 When the latter two are combined, the results speak more clearly and loudly and about Junior’s character than the sentence of two Junior is likely to say about her achievements.

“In my 27 years of teaching and doing Jump Rope for Heart, I’ve only had two who have

The annual school fundraiser helps to raise money and awareness in the fight against cardiovascular disease and stroke.

The issue was important enough to Junior that chose to forego participating in a local pageant so she could focus on raising money for the Jump Rope for Heart campaign.

“She’s been jumping rope since she was about four,” said mom Carolyn. “At one time she thought she was interested in jump rope but then thought she wanted to be a cheerleader.”

The school raised more than $2,000 last year: half of that coming from Junior’s efforts. And this year, the school doubled that total to more than $4,000. Along with Junior’s $1,000 fundraising, ShelbyAnn Thraser and India Newton came in at second and third, with more than $415 and $250, respectively.

“I just went around and asked people if they would help,” said Junior, who had people give either a flat donation or a per-jump contribution based on the number of times she was able to jump rope over a fixed time period.

“Her daddy helped out, too,” Carolyn said. “He works at YKK, so he took the form there and asked folks if they wanted to help out.”

It also added up to a laundry list of prizes for Junior.

One after the other, the prizes kept coming.

When asked what she thought of all the prizes, true to form, Junior only managed a “Good” and toothless smile before Griggs hugged her neck and elicited a more relaxed reaction from the fifth grader.

“We’re the leadership school,” Griggs said, “and Britney has proven through her actions that she’s ready to be a leader and serve our community. She’s the example I use any time I talk about what we want to do at our school, or with Jump Rope for Heart.”

Welcome to the SchoolBlocks
self-guided tour!

The most common question we receive is, how is SchoolBlocks inspired by Pinterest? SchoolBlocks eliminates navigation bars and uses a block style layout that’s similar to Pinterest. It creates a unique and engaging browsing experience, optimizes for mobile and removes a lot of navigational complexity.

Please click on the red plus signs found on this page to learn more about specific features.